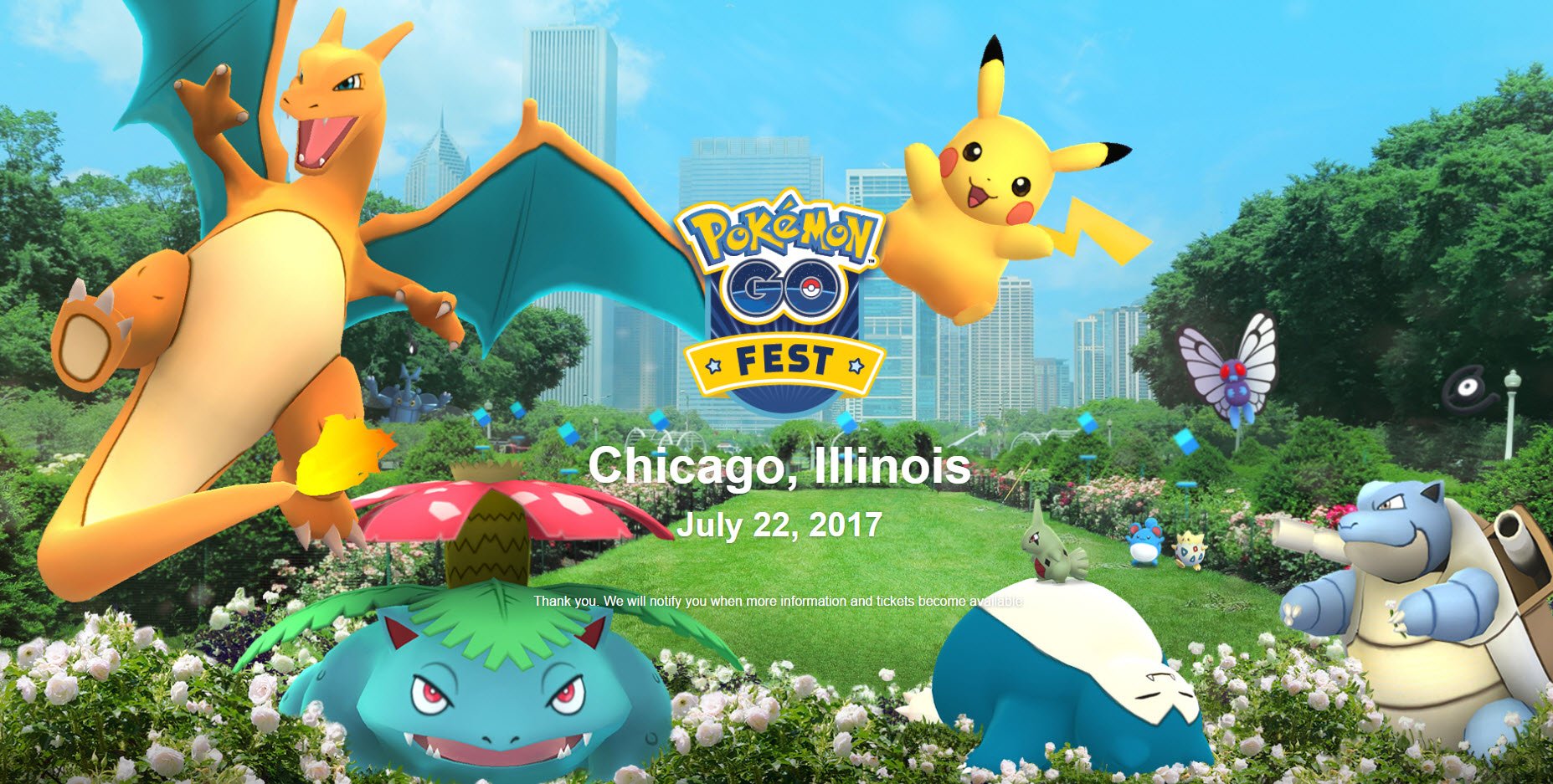 Players have been gearing up for the first-ever Pokemon Go Fest for weeks, training their Pokemon, grabbing their rain gear, and heading out to Chicago's Grant Park in what promised to be the most epic Pokemon Go gathering in the game's history. Unfortunately, even before the festival officially began, players starting experiencing cell outages and massive mile-long lines just to get into the arena. Things went so far south so quickly that Niantic has already announced that they'll be refunding attendees their cost of tickets and giving each person $100 worth of Pokecoins for their trouble.

What Happened At Pokemon Go Fest?

The problems began well before the event was set to kick off — players were lining up around the block to get in, and the lines didn't seem to be moving. Fortunately, they could pass the time by breaking out their mobile devices and playing Pokemon Go, right? Nope, that didn't work either — even before the gates had opened, players had put so much stress on the local cell network that essentially everyone became unable to access the game.

Of course, the plans were already set in motion, so the Pokemon Go Fest crew continued to admit players and keep pushing forward with the plan. However, after only a few hours, any semblance of cell network activity had been crushed, and players were finding that their app would either immediately crash upon opening or refuse to connect otherwise. Naturally, this was a problem.

lol, people booing at Niantic CEO John Hanke on stage at Pokemon Go Fest because the game is unplayable for many attendees pic.twitter.com/QFZQTiMRxr

Things came to a head when Niantic developers and other festival-planners took to the stage: shouts of players demanding Niantic fix their game became commonplace, and Niantic's own CEO John Hanke was greeted not with fanfare, but with the defeaning roar of booing fans.

Pokemon Go players who knew what to expect from Pokemon Go Fest knew that each of the event's biggest draws were in-game challenge windows where on-site players would link up with other players from across the world. The progress on each of these challenges was to be displayed on a massive screen for players to watch, but all there was to see was the Pokemon Go collective fail to unlock any bonuses due to constant crashes and disconnects.

As time rolled on, players became more and more unhappy. And while Niantic developers alongside event host Rachel Quirico tried to assuage the situation, fans began to collectively chant their frustration. Pokemon Go Fest was meant to be a social event, but it seems the organizers didn't consider what happens when a massive collective of players are all simultaneously unhappy:

Some unhappy campers at #PokemonGoFest -

Son got on with Verizon, can't login with AT&T :( pic.twitter.com/uJlc1rZ71W

Walking onto the stage, Niantic CMO Mike Quigley was met with further boos from the unmoved crowds. Quigley stated that the team was aware of the issues and working on correcting them, but was unable to provide any sort of timeframe on when the game would be running again. Time passed, and the fans became more irate, giving Niantic fewer and fewer options to pull in the reigns.

Sensing that unrest among Pokemon Go Fest attendees wasn't about to die down any time soon, Niantic made the decision to offer refunds to all attendees who wanted them. They also promised to give all players in attendance $100 in PokeCoins for their troubles, though how exactly they'd manage to dole out rewards to over 15,000 attendees, no one quite knows.

For now, it does appear that many of the connectivity issues seem to be disappearing, although that may be because many fans simply gave up on trying to play. Niantic and the event organizers did state that players were able to unlock a 48-hour bonus window for the challenge rewards they promised, and they also announced that the spawn radius for the unique Pokemon planned to be part of the event was extended by two miles. This coupled with the announcement that fans could re-enter Grant Park after leaving were likely an attempt to draw the crowd back into their favor, but the jury's still out on whether or not it worked.

Players who want to stay up-to-date on the disastrous turn of events at the first-ever Pokemon Go Fest can tune in to the event's YouTube and Twitch streams, and we'll be sure to update this story further as new information unfolds.