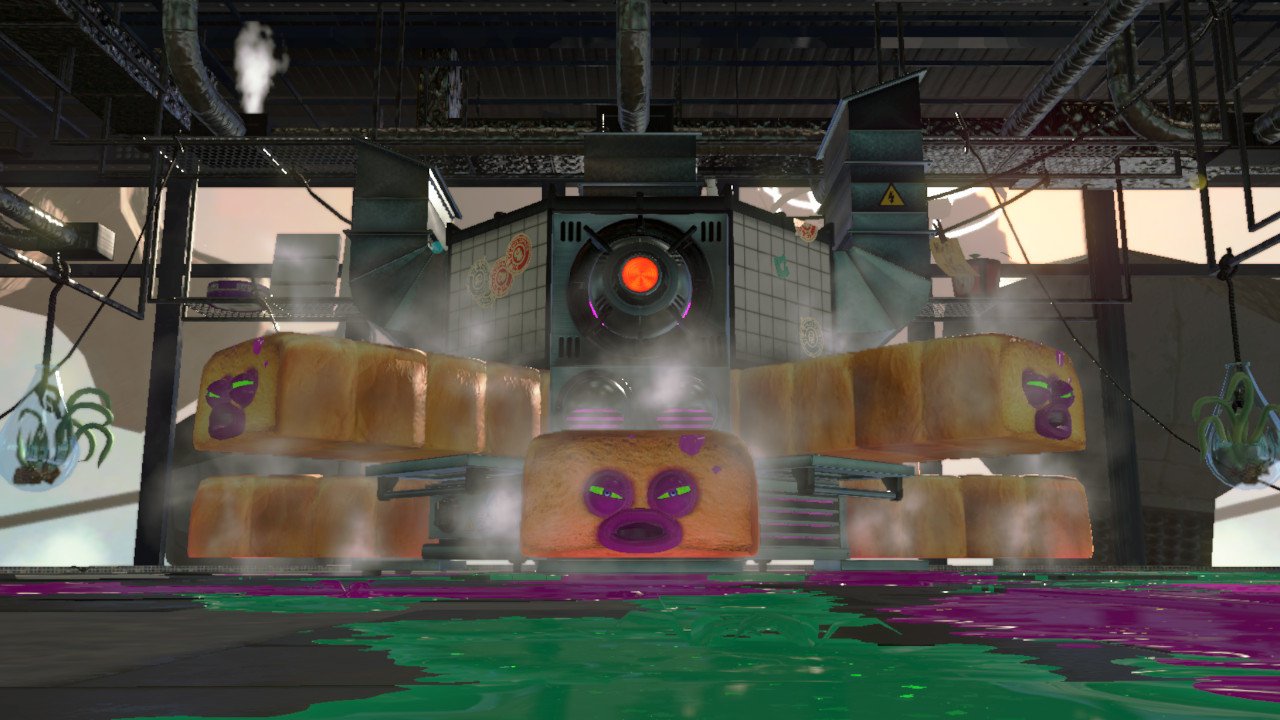 Splatoon 2 - How To Beat The Octo Oven Boss

Splatoon 2, the latest and greatest (and only) ink-based online mutliplayer shooter title for the Nintendo Switch, is already spreading its inky charm across the system's userbase. The game isn't without its challenges, of course, and many players who have dived into the game's single-player campaign are having trouble defeating the game's first boss, the Octo Oven. Fear not, for we've got everything players need to know in order to conquer the Octo Oven boss featured below.

How To Beat The Octo Oven In Splatoon 2

Splatoon 2 players will first encounter the Octo Oven shortly after acquiring the game's first three Zapfish. With the Zapfish in tow, head over to Tentakeel Outpost and interact with the Boss Kettle at the center of the area. Doing so will drop players straight into the boss' lair, standing toe-to-toe with the massive, multiple-eyed Octo Oven.

As might be divined through the boss' name, the Octo Oven is able to spit loaves of bread at the adventurous inkling in an attempt to push it out of the arena. Players' first order of business is to stay agile and dodge all of the incoming attacks.

Through the running and jumping, players are likely to spot a lone tentacle hanging out of the top of the oven. This is the key to taking down the Octo Oven. Wait until the boss jumps into the middle of the area, slamming its loaves out all at once. This is the player's opportunity to ink the loaves and climb up the oven.

Climb up hastily, locate the tentacle, and blast it with ink. Doing so will cause the tentacle to explode and send the player hurtling back down into the arena to start the process over again.

In traditional boss fashion, the Octo Oven won't be happy about the damage done so far, and will up the ante, spreading purple ink wells around the arena that can damage the player. Avoid these, and keep dodging, waiting for the Octo Oven to once again perform its ground-slam attack.

Players will need to climb the Octo Oven again, and once more plaster the lone tentacle with ink until it explodes. Players will once again be knocked down to the arena floor, this time only needing to get one more good hit in before the Octo Oven is history.

The Octo Oven's last additional attack is strong, spraying ink toward the player in an attempt to take them out. Dodge these, as well as any other incoming attacks, and wait for the oven to perform its slam attack once again. The last ground slam attacks will have armor-coated loaves, making climbing a bit more difficult, but players must ascend the oven all the same. Climb up and shoot the tentacle until it explodes, and the Octo Oven's life will be consigned to the annals of history.

Looking for more handy Splatoon 2 content? We've got a host of guides and how-tos featured over on our Splatoon 2 guide hub.