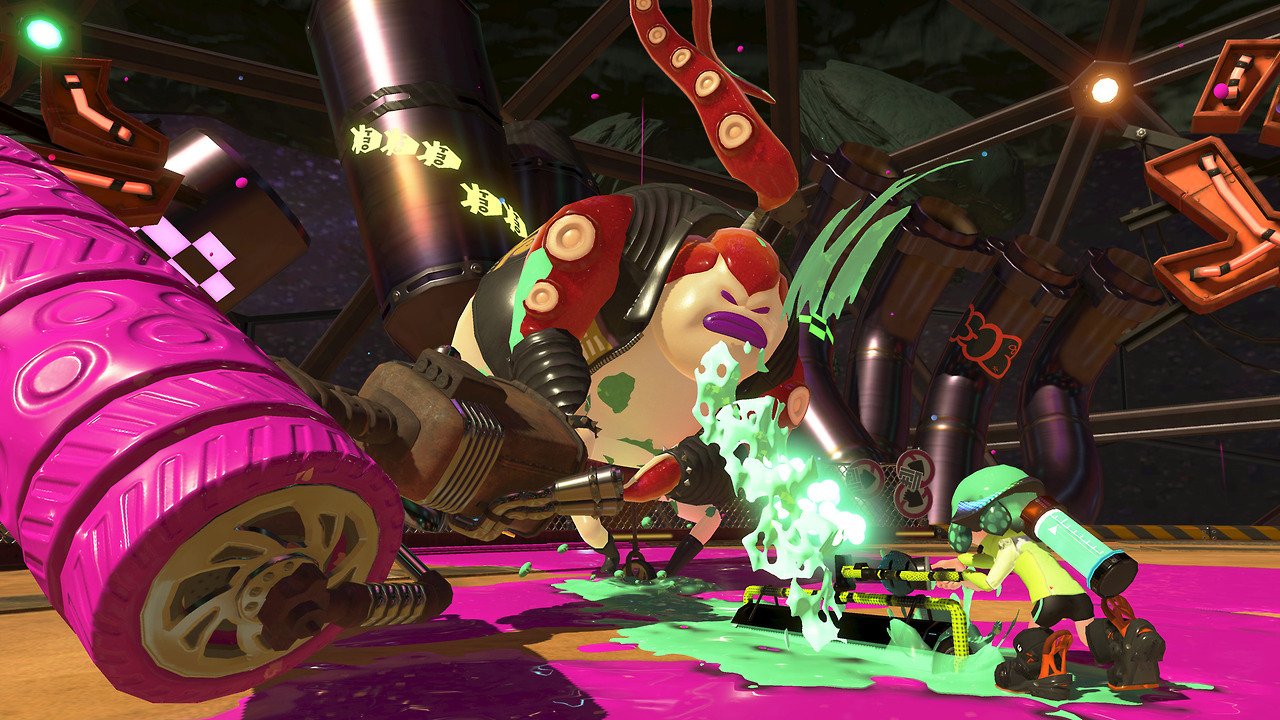 Splatoon 2 - How To Beat The Octo Samurai Boss

Splatoon 2, the latest and inkiest multiplayer shooter title for the Nintendo Switch, has plenty of surprises in store for series fans. Among many additions to the formula are massive new bosses that burgeoning inklings must take down in order to complete the game's single-player campaign. Octo Samurai, the game's second boss, is a particularly tough battle for players who step into the arena unprepared. Fortunately, we've got all the tips Splatoon 2 players need in order to complete the second boss kettle and move on to bigger and badder challenges.

How To Defeat The Octo Samurai In Splatoon 2

When players feel ready, the first step is to head into the boss kettle. From a pool of ink in the middle of the arena, the Octo Samurai will emerge, armed with a massive and powerful Ink Roller. As players should know from playing the other bits of Splatoon 2, the Ink Roller does devastating damage in a straight line, but is easily dodged with side-to-side motion. This will be a key strategy throughout this battle.

Staying agile, players want to circle around the Octo Samurai as he splats his way across the arena. Players themselves may want to make use of their Ink Roller, too -- this allows players to refill their tanks with the ink left behind, or dive into squid mode in order to dodge incoming attacks.

Circle around the Octo Samurai, and sling as much ink as possible at his posterior. Once the boss is entirely covered with ink, a lone tentacle will be exposed, and players can attack this to move the boss into its next form.

Be on the lookout for a squint from his eye, as this indicates an incoming sweep attack. After enough damage is done, the Octo Samurai will turn into a boss/motorcycle hybrid of sorts, charging at the player. Again, stay agile, dodging to the side when necessary, and keep splatting him with ink until the tentacle re-emerges.

During the third phase of the fight, the Octo Samurai will begin a series of three ink attacks that leave a streak of ink across the arena. Be sure to dodge the purple ink, and keep moving to the back of the boss in an attempt to surprise attack him. Do note that during this last phase, the Octo Samurai still has his other attacks to use -- just look and listen for the cues as to what attack will come next.

Once the Octo Samurai has been covered with ink a third time, the player will be ready to charge in for the final attack. Once this third tentacle-inking has been completed, the boss will be defeated, and players will be that much closer to conquering Splatoon 2.