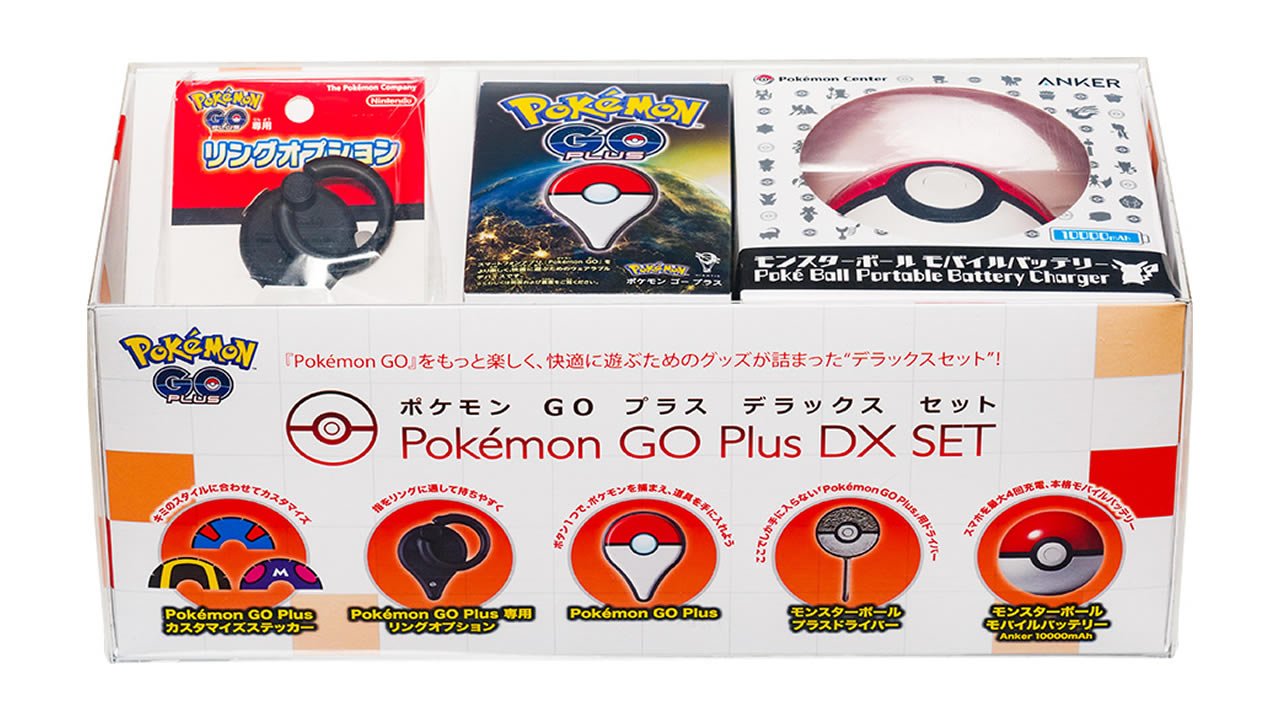 Pokemon Go might have made a name for itself as being one of the most popular games on the free-to-play market, but that doesn't mean the title holds no appeal for players that don't mind parting with a little disposable income. The Pokemon Go Plus accessory has long been a favorite of players looking for an easier way to get notified of local Pokemon and PokeStops in their area, and now Japanese players are being treated to a special Pokemon Go Plus bundle that includes the namesake bluetooth-enabled device as well as a Pokemon Go-themed battery pack, the popular ring acessory option, sticker set, and screwdriver.

Though its not totally clear what the screwdriver is supposed to accomplish, aside from being used to insert the Plus' standard CR 2032 battery, the rest of the kit seems poised to satisfy players looking to make their Pokemon Go gaming sessions more relaxed. The included stickers are great for players who want to represent their chosen teams, and the Anker 10,000 mAh battery pack ought to be enough to charge players' mobile devices twice over, providing all the juice needed to power through even the lengthiest Raid Battle sessions.

The Pokemon Go Plus DX Set is, at least for now, a Japan-exclusive bundle. The Pokemon Company has set a standard retail price of 8,550 yen, which equates to about 77 American dollars before tax. Interested players can find more information on the bundle, including various additional photos, over on the Japanese Pokemon website.

Missing out on the Pokemon Go Plus Deluxe bundle? Don't worry, there are plenty of other great speakers and accessories available for purchase now over on Modojo's list of the Best Mobile Accesories.