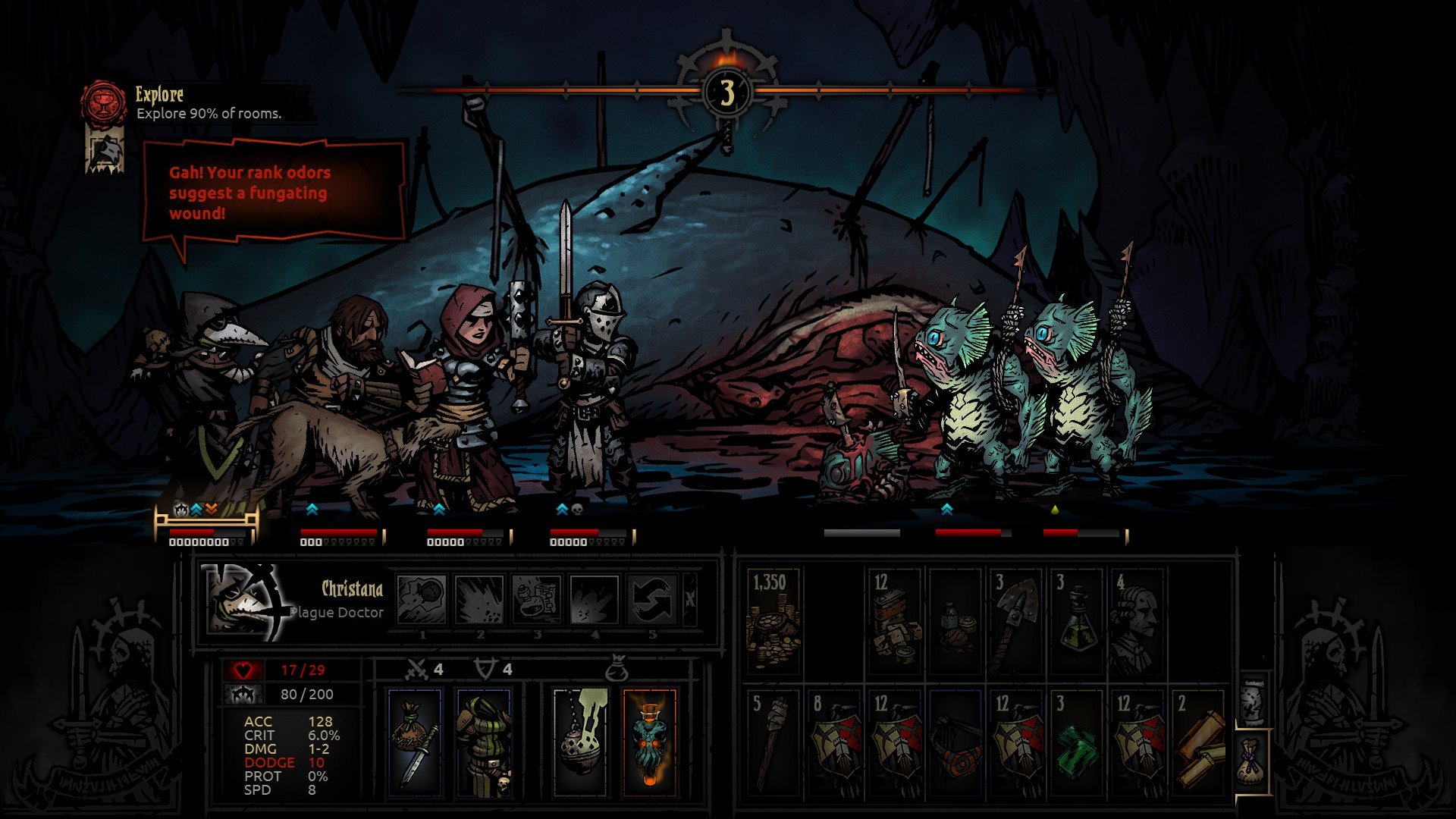 Red Hook Studios' hit dungeon crawler Darkest Dungeon has been keeping PlayStation 4, PS Vita, and PC players buried up to their necks in various loot since its initial console release back in September of last year. Now, players who are fond of playing games on their iPads -- like many of the followers of Modojo -- will be able to enjoy the game on their tablet of choice.

As announced by the developer, Darkest Dungeon will be releasing for iPad devices on Thursday, August 24. The new version of the game will be referred to as the "Tablet Edition," and is set to include a number of enhancements to make the game more friendly for touch-oriented mobile devices, most notably the ability to suspend the game at any point and resume gameplay later.

In addition to refined controls, the game will allow players to make use of their DropBox account to share their PC-based save to their tablet, meaning computer players will be able to continue their progress on-the-go right where they left off at home. Even better, Darkest Dungeon is set to get its Crimson Court DLC later this year, and it's expected that Red Hook will bring the new expansion to the iPad edition as well.

There's no set retail price for Darkest Dungeon Tablet Edition, but players can assume that it will cost something in the ballpark of $20 or more, as that's how much the Steam version currently runs. Though that price may seem steep, there is some solace to be found in the fact that the game will be presented as a premium experience, lacking any in-game ads or offers for in-app purchases.

Discover more great iPhone and iPad games by browsing all of the excellent titles featured on our list of the Best iOS Games.