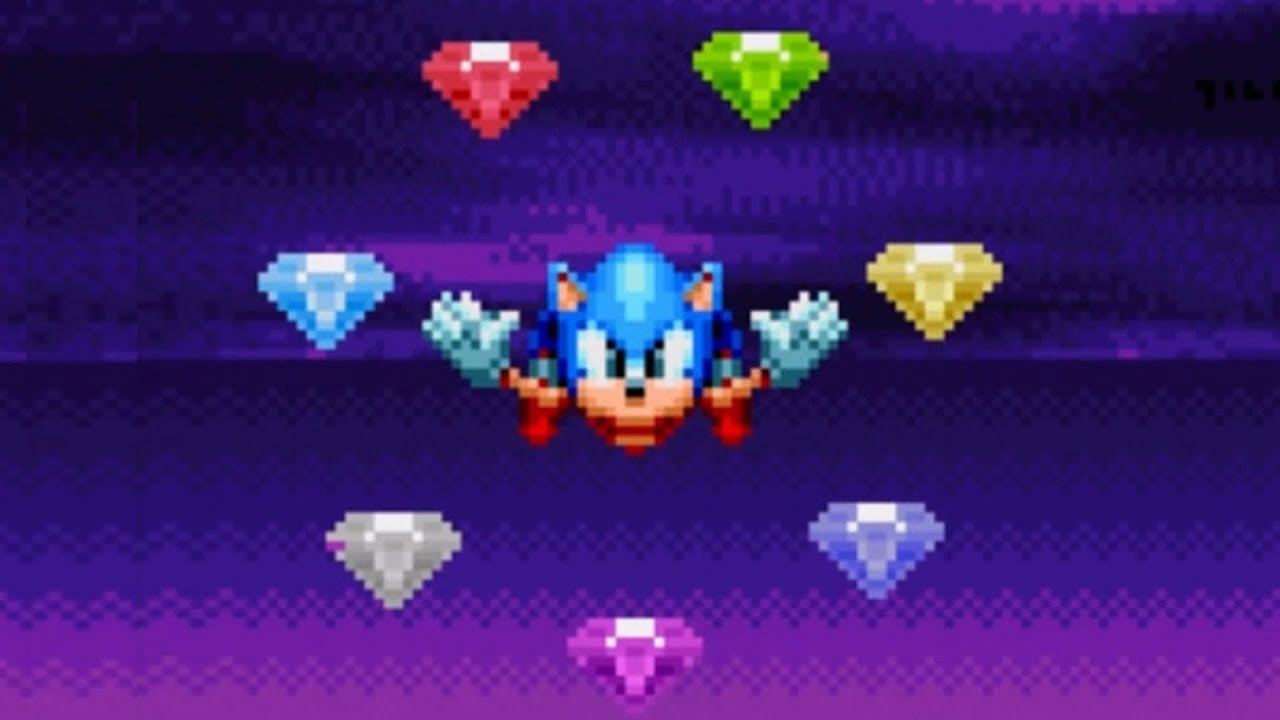 Sonic Mania offers much to Nintendo Switch players who have long been fans of Sega's iconic hedgehog. In addition to the game's frankly peerless fast-paced gameplay, Sonic Mania also offers players the chance to track down and collect Chaos Emeralds which can be used to upgrade Sonic's base form. Naturally, finding the entrance to the game's Special Stages isn't always easy; fortunately we've managed to put together all of the information players need to discover the giant rings and track down all of the game's available Chaos Emeralds.

How To Find All Sonic Mania Special Stages And Chaos Emeralds

In order to collect Chaos Emeralds, Sonic Mania players need to first conquer the game's Secret Stages. Doing that requires that players locate the giant golden rings hidden within each of the game's levels. Here are the locations of the Secret Stage entrances we've discovered so far.

• Green Hill Zone, Act 1 - Players can find the first giant golden ring by heading straight from the start of the level, going through the S-shaped tunnels and past the moving pillars and spike pits. The entrance to the Secret Stage will be just beyond the crumbling floor and spike pits.
• Green Hill Zone, Act 2 - Move past the initial spawn point until a yellow bounce pad can be found. Use it, cross the nearby bridge, and jump across the floating platforms in order to reach a nearby ledge. After the next bridge, players will see another bounce pad -- it can be used to reach the golden ring just beyond the crumbling floor. Players can also find another Secret Stage entrance by going to the area with the tunnel and hill ramps -- jump over the tunnel and enter the path beyond it to find a launch pad that will allow Sonic to reach the giant ring.
• Chemical Plant Zone, Act 1 - From the start, head down thee  lowerer-most tube until Sonic is bounced backward through it. Once the ring block is reached, head through the clear tube and select the Left option. Doing so will propel Sonic through an underwater tube and drop him into a metal-clad area. From there, look for the lower hatch and drop through it to find the giant ring.
• Chemical Plant Zone, Act 2 - Toward the end of the stage, players will find an area with four moving platforms. Jump on the first one, then jump toward the left side of the screen. Once there, two moving blocks can be seen floating above pillars with a grate in the foreground. Climb toward the four-block platform and head left to find the giant ring.
• Mirage Saloon, Act 1 - Simply jumping off of the plane will drop players onto an old train. Head to the end of the train to find the entrance to the Secret Stage.

This guide is a work-in-progress, and we'll continually update it with new Secret Stage entrances as we discover them, so be sure to check back frequently.