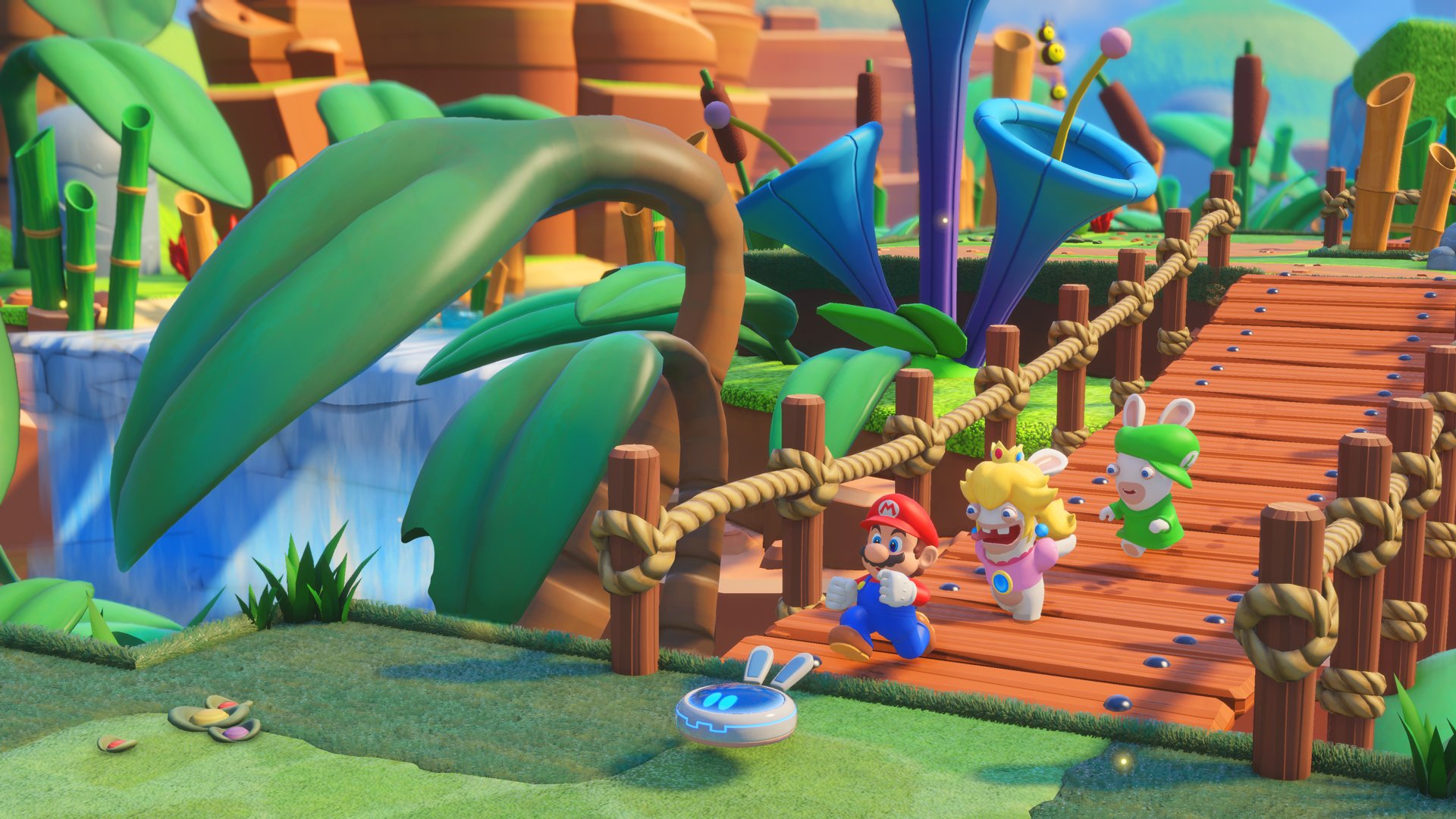 How to Earn Coins in Mario + Rabbids: Kingdom Battle

Mario + Rabbids Kingdom Battle may be pretty far removed from regular Mario games, but coins are still just as important this time around as you make your way through the game. They’re an extremely important item you’ll want to collect as many as you can of, especially if you want to get bigger and better weapons as the game wears on. If you plan on making it all the way to the end of the game with your ragteam team intact, you’ll want to earn coins, and quick. Here’s how you can acquire more currency as you rise through the ranks,

Progress through the game normally

This may seem like a no-brainer, but simply playing through the game will ensure you’re rewarded with a bevy of coins as you make progress. When you finish worlds and chapters, make sure you finish them under the recommended amount of par, and don’t let any of your characters get killed. Each chapter has coins that are ripe for the taking, so if you play well enough with good scores, you should be creating a veritable stockpile of coins that you can use later on. You can get about 100 coins per chapter completed, so stay vigilant and save up that gold. You’re going to need it. You don’t have to stick to regular levels, either. Later on the game after you’ve finished up World 1, you’ll be able to partake in special Challenges. These are denoted by costumed Toads who will ask you to finish mini-games in exchange for Power Orbs and, you guessed it, coins. You can get a whopping 150+ coins for each challenge, so don’t pass these up. Plus, you’ll definitely want to keep an eye out for all the coins you’ve missed scattered throughout each world, as there are still coins embedded in the environment that you can just pick up without having to get into battles, replay anything, or do anything at all except keep your eyes open for the coins to appear.

Go back and replay chapters to earn more coins

If at first you don’t succeed, go back and replay levels to get more coins. You can do this by using the Time Washing Machine via the Rabbids, and it’ll let you go back to any chapter to play through it again to your liking. You’ll want to go back to World 1 and replay any chapter you didn’t do so hot on to improve your ranking and thus earn more coins in the process. Just make sure you’re sufficiently leveled up so that returning and completing the chapters is a cakewalk. Similarly, you can play through Challenges you finished before and aim for a higher rank on those as well. You’ll get less than 100 coins to keep doing them, but it’s worth replaying again to get the extra boost, especially if you’re lagging behind on progression with characters with lower experience.

Pull off Golden Shots with the help of Beep-O

Golden Shots are special abilities that you can use to kill off enemies that have a limited amount of health left. When you trigger one the enemy will actually explode into coins and Beep-O will suck them up like the weird vacuum-like device he is. It’s not an especially expedient way to get coins, but as with any other game out there where coins trickle down here and there seemingly at random, they do add up. So get out there and snatch them up every time you can get them, especially when you have to defeat enemies anyway.