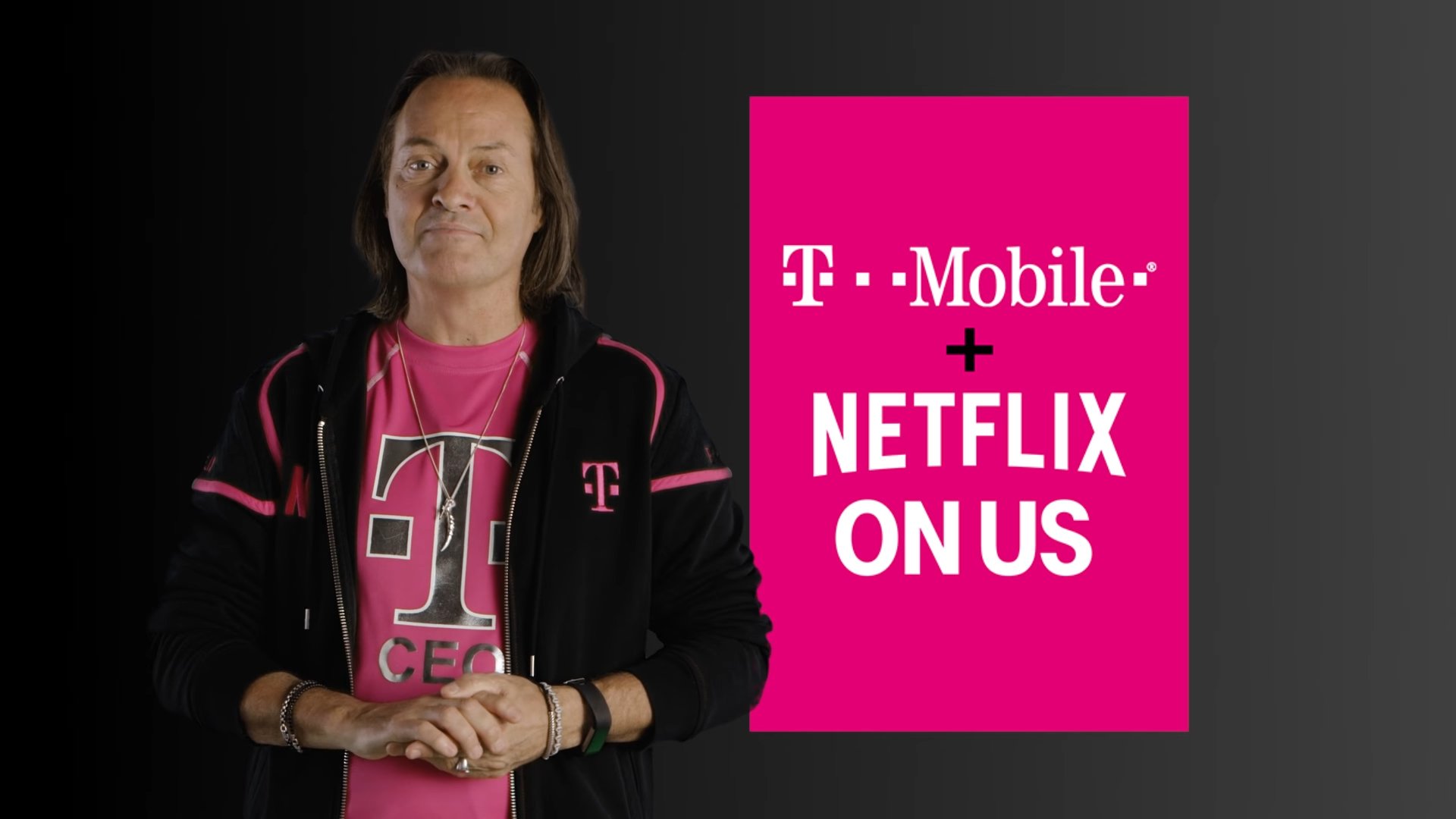 Loads of mobile users have experienced the dread that accompanies the realization that their device's WiFi connection has been off for hours. It usually happens in the worst of situations, like after a five-hour Netflix binge or after any other prolonged activity that consumes a large amount of cell data. Fortunately, unlimited data plans help alleviate these concerns, allowing for worry-free sessions on video streaming services. And now, thanks to a new promotion from T-Mobile, streaming enthusiasts will be able to enjoy marathon Netflix sessions with even less worry, as the mobile carrier is footing the cost of a Netflix subscription for all eligible family plans.

How Does T-Mobile's Netflix On Us Promotion Work?

The promotion is called Netflix On Us, and it's a new perk that ties specifically into T-Mobile's unlimited data family plans. Under the promotion, eligible mobile package customers will be entitled to one cost-free Netflix subscription that they can share with their families or keep to themselves. Mobile customers must have at least two active lines under their family plan, but aside from that, there's no other requirement to fulfill.

There are caveats, however. T-Mobile won't be offering the Netflix On Us promotion to customers who jumped on the $100 deal for two lines, nor will it work for those with Unlimited 55+ plans. The promotion won't exactly fulfill the needs of those with a taste for high resolutions, either, as T-Mobile's default unlimited plan caps streaming video at 480p. Users can up the fidelity by switching to the T-Mobile One Plus plan if they so choose; alternatively, they can simply watch their free Netflix content via WiFi on a separate device like a home computer or video game console.

T-Mobile believes this new promotion is a "BFD," but don't take our word for it -- check out T-Mobile CEO John Legere explain the Netflix On Us perk in his latest slang-peppered monologue:

This latest promotion from T-Mobile is very likely a business move meant to take customers away from rival companies like Sprint, Verizon, or AT&T; Verizon offers unlimited data plans similar to those from T-Mobile, but also puts a similar limit on video streaming quality, while AT&T offers free HBO access to customers enrolled in their Unlimited Plus data plans. For what it's worth, Verizon also owns and operates Go90, a free streaming video service Legere refers to as "shit" in the above video, where users can watch television content without any sort of subscription fee or Verizon mobile plan.

Make the most out of your mobile device not by watching Netflix, but by checking out one of the excellent and cost-free titles we've featured on our list of the Best Free To Play Games.