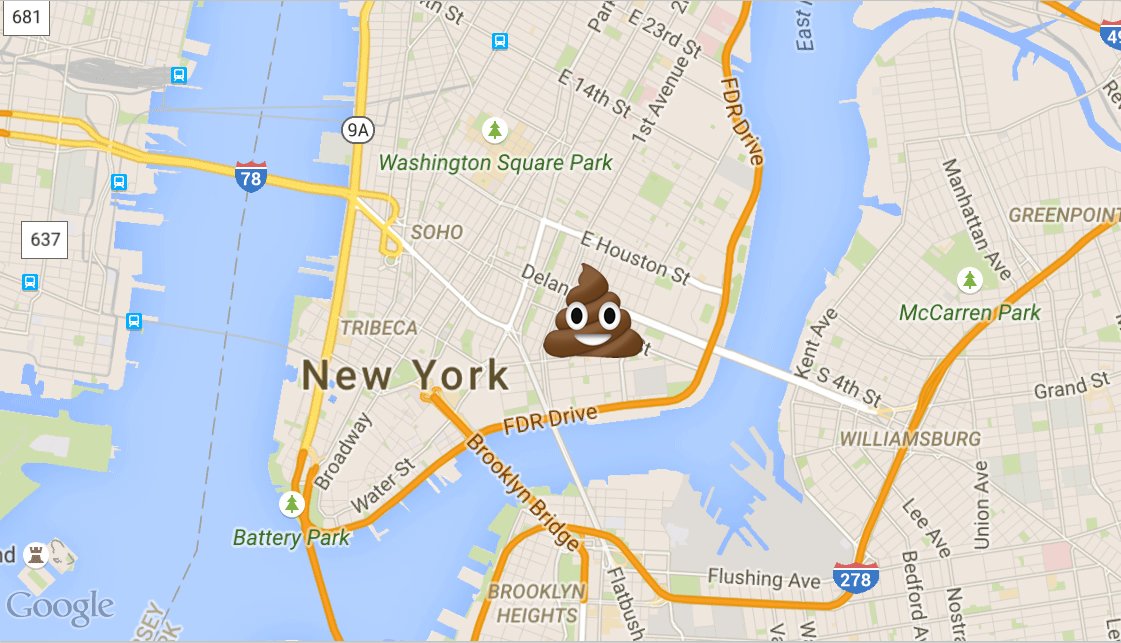 Track Your Bowel Movements With These Free Apps

The internet has long been a place for users to create, receive, and share data that most other people would find irrelevant at best and distasteful at worse. Now, thanks to the pioneers at mobile app development studios, that notion has been dropped onto the upper deck, as app marketplaces are now offering access to programs like Places I've Pooped or Poop Map, which allows users to create digital records of their bowel movements and tie that data into geographical locations and social networks worldwide.

Toward this fecal-focused end, Places I've Pooped is the app of choice. Available exclusively for iOS devices, Places I've Pooped allows users to create a log of all of their bowel movements, including both when and where the movement occurred. The app also allows users to share their movements with all of their friends, assuming they've signed in to the app through Facebook, and this functionality extends to the ability for users to Like another user's Poop Pins. Even better, users can sign up to be notified of when their friends are making use of a nearby lavatory, and users can compare statistics regarding the locations and the frequencies of their bowel movements with those of their friends.

Though the app is nowhere near as popular as Places I've Pooped, Poop Map for Android devices serves roughly the same purpose. Poop Map's functionality is based around a single button that allows users to drop their current location onto a map when they're dropping a stool. New updates to the app have added in the ability for users to share their Poop Maps with users across the world, and thanks to the latest update version 1.1.1, users can add friends within the app in order to compare and contrast their bathroom-related conquests.

Fortunately — or unfortunately, depending on individual preferences — neither of these apps allow users to take or share photos of their bowel movements. Perhaps there are some things still best left to the imagination. In any case, mobile users and excrement enthusiasts alike now have the tools they need to monitor and track their dominion over toilets across the globe.

Looking for a mobile experience that won't leave you feeling empty? Check out one of the excellent and inexpensive titles we've featured on our list of the Best iOS Games.