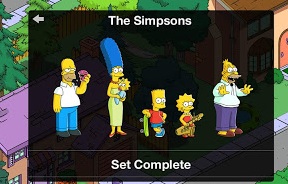 The Simpsons: Tapped Out Released For Android