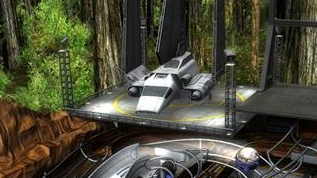 Star Wars Pinball: Balance of the Force- Return Of The Jedi Trailer