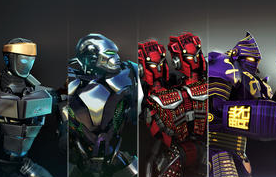 Real Steel Heads Back To The Ring For World Robot Boxing