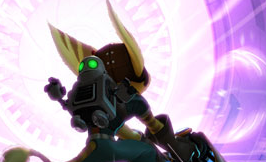 Ratchet And Clank Invading Mobile With Before The Nexus