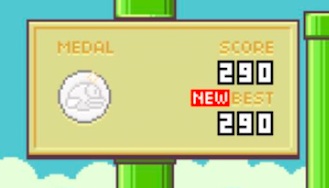 This Guy Scored 290 In Flappy Bird